I was born at the tail end of the baby boom in Toronto, Canada. There I attended a high school like the one in the old TV program FAME where I was taught classical basics. Figure drawing with a live, nude model was a daily event. After a few years as a commercial artist I found myself on the path of becoming a fine art painter. I have the good fortune to travel to amazing places around the globe. Closer to home I am blessed with expeditions in the Canadian Rockies, to locales so beautiful I think my heart may explode. My reverence for nature runs deep and I thrive with the support of a great husband. Through my painting I get to share the joy in my life with others. 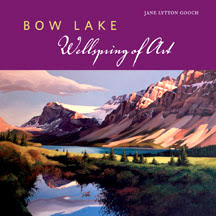