Lake of the Woods

It's been a while since you've heard from me but this post ties in nicely with the previous one where I talked about Zelda, my travelling companion to and at Lake of the Woods. This lake is over 110 kilometres long and wide containing more than 14,000 islands. It's primarily in Canada but, being on the border, it also stretches into the USA, at the western edge of Ontario where this province meets the SE corner of Manitoba.

Gerry Wilson and her husband, John, were Zelda's and my hosts (in 2005). Gerry is also editor of this magazine which I am proud to have a painting published in ... 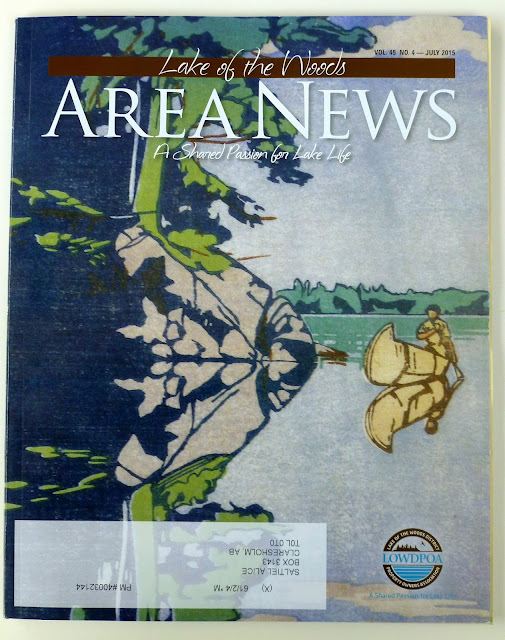 This issue (July, 2015) has an excellent article called A Shrine of Beauty; Painting at Lake of the Woods 1850 - 1930 written by Andrew Kear, Curator of Historical Canadian Art, Winnipeg Art Gallery. It is followed by this page ... 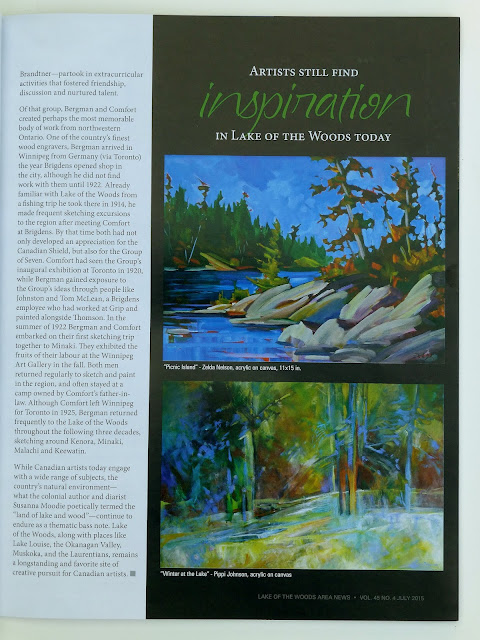 Gerry recruited images for the Artists Still Find Inspiration portion of the feature article including Zelda's, top above, and mine, centre right below. 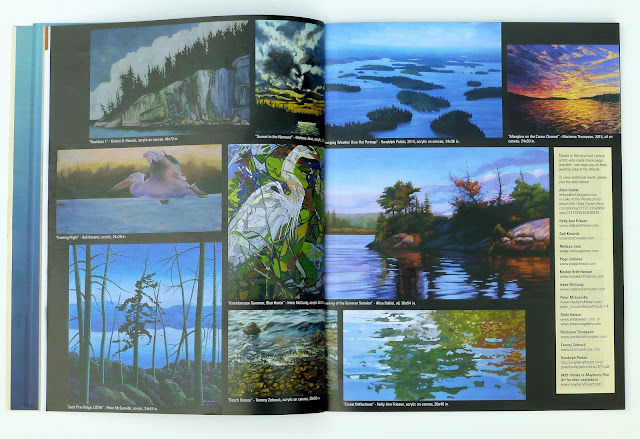 
During the ten days in June (2005) that Zelda and I spent at the Wilson's gorgeous home on Coney Island we painted almost daily. John and/or Gerry would often boat us to and drop us off (with fantastic lunches) at different islands. Wanting to paint the magical light of sundown, on the evening of the summer solstice, the Wilsons took us to and stayed with us at Cat Island. John watched as we stroked paint on our canvases while Gerry swam laps around the island.  It was capped off by a divine supper picnic supper. The boat ride home at sunset was stunning.

After returning home from our expedition, Zelda and I produced a collection of larger studio works to add to our plein air paintings and in November we presented our joint exhibition ... 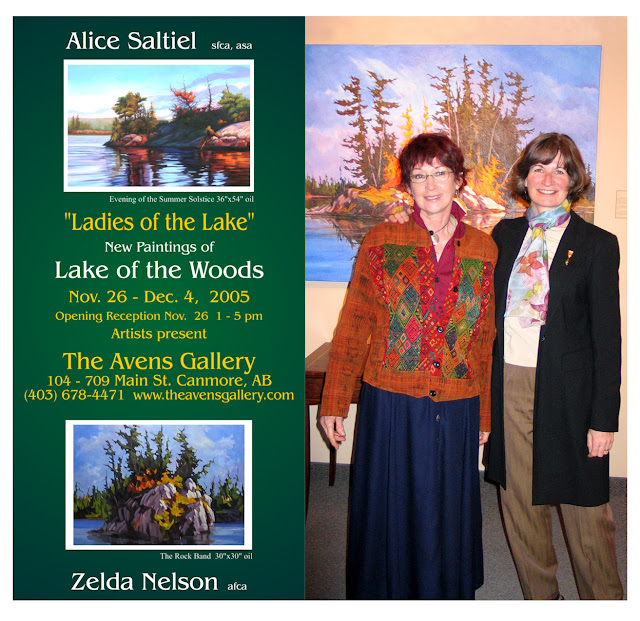 ﻿Lake of the Woods has important significance for both Carol Picard and Robin Wade who purchased Sun Struck Isle shortly after Zelda's death on April 13th, 2015. Many thanks to the two of you for giving my painting a special home.

I invite you to view my entire collection of Lake of the Woods paintings here.

Posted by Alice Saltiel-Marshall at 9:10 AM 8 comments: