Tonight folks will come together in Canmore, to pay homage to and honour the life of Zelda Nelson (1943-2015). I regret that I can't be there. I'm writing this in Mikulov, Czech Republic, with only this photo of her and me in the laptop ...

I awoke today thinking of her and times we spent together, especially those early mornings when we would walk up to Grassi Lakes to meditate in the mouth of the cave there with her little dog, Gus, accompanying us. This morning Bill and I took an early morning hike to the Goat Tower (Kozí Hrádek). There I found a perfect spot to sit, meditate and remember her.

﻿﻿
﻿﻿﻿On our way down we passed a shop and while Bill went in I sat on a bench outside where I was joined by this dog, who is really Adele, but for a little while I considered her Gus reincarnate. 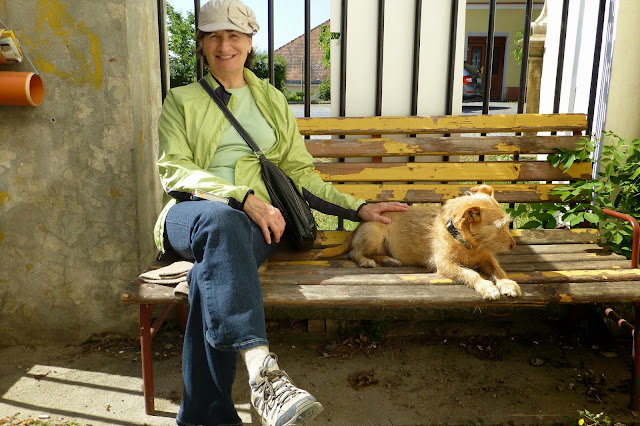 We engaged the English speaking owners of the Nabytek Second Hand shop - and Adele. I explained how I wanted to light a candle for Zelda today, but the churches in this town are only open for Sunday services. Caspar suggested I light a candle at one of the trail side chapels on the way up Holy Hill (Svatý kopeček). When I asked where I might get a candle, Caspar gave me five tea lights and a box of matches.

Both of these charming people are artists. Sylva paints abstract canvases and Caspar makes the amazing furniture you'll see if you click their link above.

Mid afternoon we came home for a rest, mostly so that Bill could watch the semi finals of the World Hockey Championships when Canada won playing the Czech Republic. When we stepped out for our second hike late in the day, I snitched a peony from a garden along a street to bring up on Holy Hill. 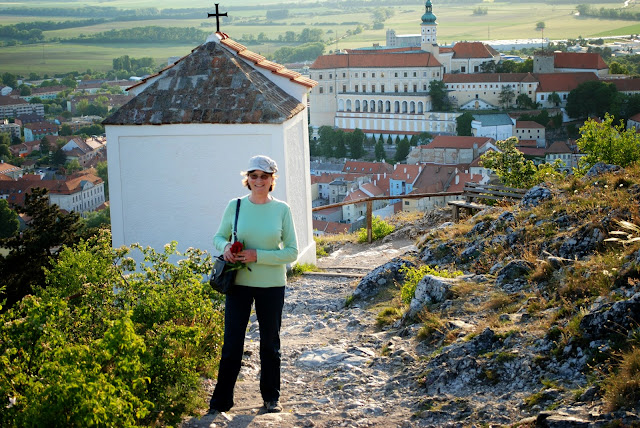 There are many little chapels along the trail but I opted to leave my flower for Zelda on a rock away from all of them ... 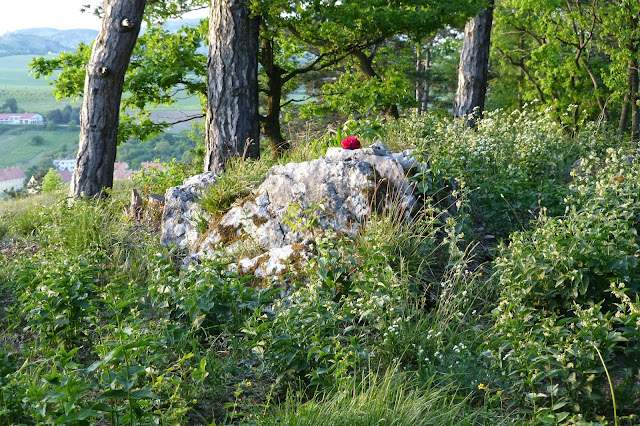 Returning down the hill I chose to light all five candles at this chapel/shrine ... 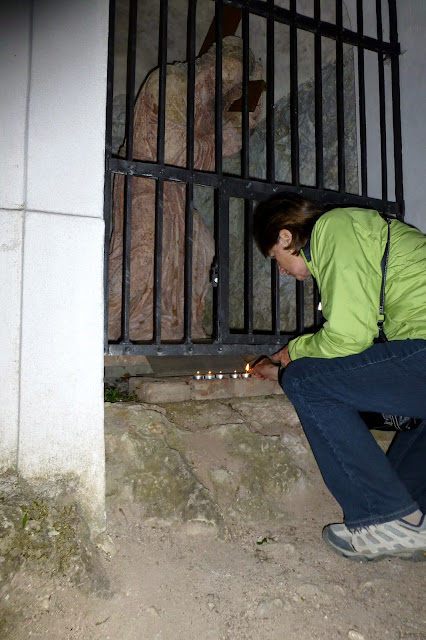 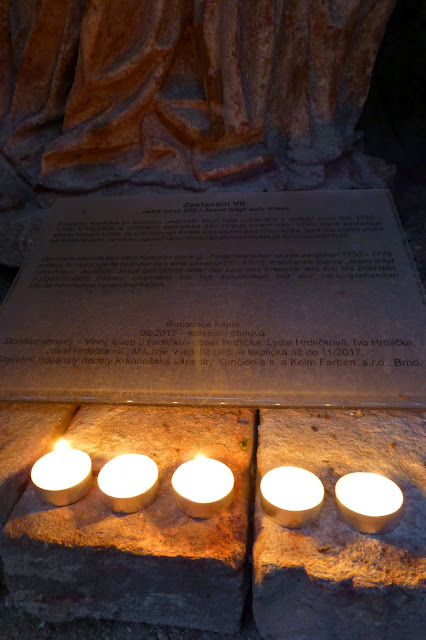 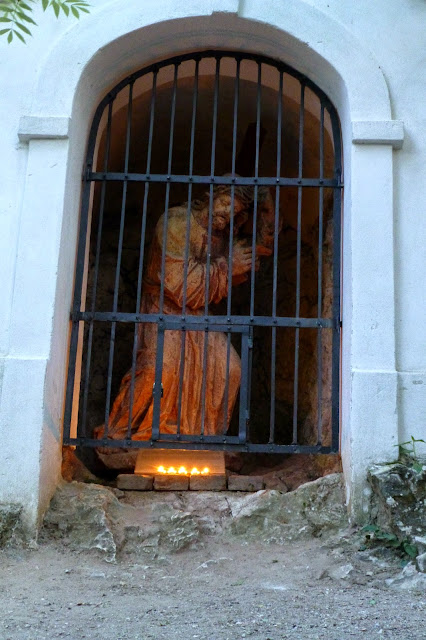 Here we are eight hours ahead, I'll be sound asleep when words are spoken and a blessing is given in Canmore. So, I'll raise a glass of Moravian wine now, to Zelda, her sons Nelson and Darren and all the folks gathering in a few hours time.
I remember our good times ... RIP my friend.